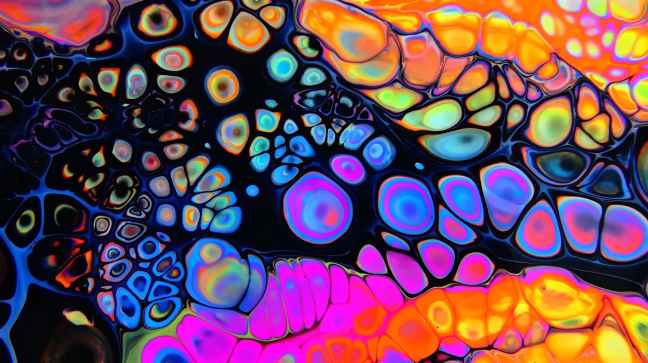 To exist exponentially means to make a density-property matter type of difference in the world. The idea for example, of a good virtual reality game, is actually pretty entrancing, and before long, you might find yourself lost in another world entirely, an odd trait of our human perception, especially under elusive preconceived notions. By that, I guess I mean the chains and limitations that become whatever concepts you may have been taught as a child, taking in this world for the first time. The ideals and concepts that each child is individually given can speak volumes of how well any one individual can take in any circumstantial situation. So, what does that really mean? It probably means, on the concept of consciousness and awareness of awareness, that each individual is just as unique as the next- when it comes to the nature of each and every concept that particular person has experienced in their own lives. Each all its own special category labeled “consciousness”. What it means to be conscious to me, could be, is absolutely different from what it means to be conscious to you, right? Have you ever thought about how you are conscious? What exactly are you conscious of?

To be conscious is the act of being aware of having awareness of this world in all its totality using your 5 (For any transcending enlightened souls, 6, 7++ senses) senses to process any and virtually all information here in the physical plane, where we can all agree we exist in, at some point in your time.

When I speak of being conscious, I’m talking about this moment right now, if you take a look around at your surroundings and had to explain to me what you perceive to be around you using your 5 senses. What do you hear, what do you see, how do you feel right now, are there any aromas in the air? Can you notice any sounds you hadn’t noticed before now if you stop and try to actually listen to the atmosphere?

In all reality, to think about being disillusioned is usually thought to be less than enjoyable. To become disillusioned about making the volleyball team tryouts denotes that you might be feeling feelings of sadness or inadequacy by not making the roster. However, to be under illusion is to be in a sort of hypnotic trance, no? Is illusion not related to being hallucinogenic, seeing things that aren’t there, seeing things in a distorted fashion, not the way they really are? So wouldn’t it mean something positive to be disillusioned? Freed from your illusions? Things that you set as expectations, sometimes for life, sometimes for people, unfortunately, and you have to take a step back, and realize that people make mistakes, people are disappointing, some people choose to never exist. So remember, nobody cares. Not very many people can conquer the art of truly existing in the world. Even existing as the silver lining in someone’s day, or even making a star appearance in your own world as a wallflower is more of an ‘addition’ to the world than most of these “people” can say they add to all the energy that vibrates with us in the world. Of all the things made of matter in the world, it’s important to live in the now, every single waking moment is important. So important, that when you realize that everything in the world matters so much, it matters so much that it is not any of your business what the next person is doing, they could be a serial killer like Ted Bundy fitting in where he could, killing innocent people, and if he happened to charm you with his charm, and you slipped his grips but he went on that night to murder 2 other people, it would matter in the least, so long as you remained who you were before and after the incident. See we pass snakes all the time, we even like to observe them, and hold them, hell snakes are beautiful, but we always either run from them, set them back down, or let them wrap around our bodies for a while. You never have heard of slithering with the snakes unless you’re Draco Malfoy from Harry Potter, which if you are, then you must also be the golden-snitch from fucking Quidditch. Seriously, quit it. God made the devil and you should remember that.

Upon realizing that the world doesn’t really know what dark matter is, it’s becoming more readily obvious to me that the black hole that one might need to harness energy from in order to appropriately bend the space-time continuum would probably have to be harnessed from either the dark matter-energy that is dark matter produced solely by quantum consciousness, or by being able to harness one’s own energy coming from their own energy source and thus being able to move masses. I understand the expression “Faith of a mustard seed moves mountains.” It is very true, and once the individual can figure out that the real penitentiary exists inside the human mind, then maybe we can move forward in bending the time-space continuum or even better in advancing in time travel or understanding the intricacies of many parallel universes.